For Ann and Richard Teerlink, providing a quality education for their children, John, Leslie ’83, and Victoria ’88, was important—but they also wanted more. “We always told our children we would do two things for them: provide the best possible education that we could, and introduce them to a strong set of values,” said Ann. “Parents can teach their children values in the home, but we feel the broader community and other outside influences also need to support those values. We think University School of Milwaukee does that.” “We believe strongly in education,” added Richard, “but not just for book knowledge. Children should learn how to live together, respect one another, and make decisions, and USM teaches it in the classrooms and in the hallways. It all comes together.”

Thanks to Richard and Ann’s gift to Our Common Bond, students now have a new space in which they can work and learn together: the Teerlink Makerspace within the Lubar Center for Innovation and Exploration. The makerspace, in the lower level of the Lubar Center, is home to advanced machinery like a computer numerical control (CNC) router, wood table saw, band saw, and drill press. The space allows students to use their imagination and ingenuity to solve problems of their own choosing. “It’s important to teach things like reading, writing, and math,” said Ann, “but we also believe that schools should stimulate the creativity in children. It’s the new ideas that move us forward and keep us improving as human beings.” 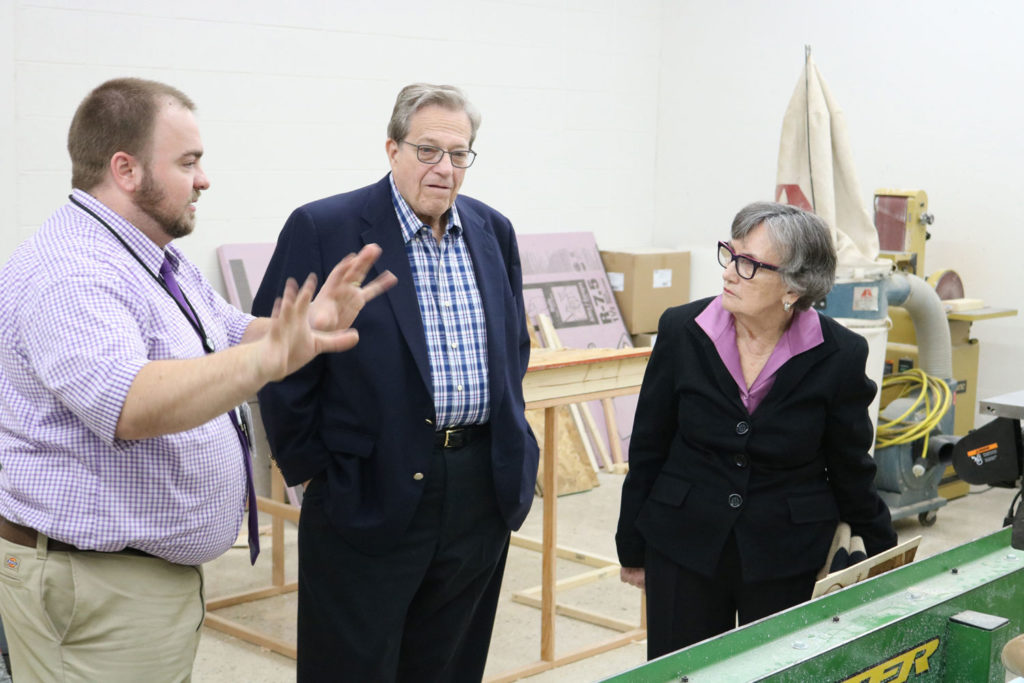 “I am really excited to see our students and faculty using the Teerlink Makerspace,” said David Anderson, USM’s innovation engineer, which is a new position that year. “Visitors to the space might be reminded of shop classes from decades ago, but there are two key differences. First, as many pieces as possible are computer-controlled with extra safety features; and second, we use the equipment very differently. Instead of copying what the instructor makes, students are encouraged to create something of their own design. We are taking the tools of old, updating them for the 21st century, and using them in innovative ways.”

The USM tradition has continued on in the Teerlink family, with two of Richard and Ann’s granddaughters, Francesca ’24 and Mandela ’27, enrolled in the Lower School, with grandson Luke to being in fall of 2018. “Both Francesca and Mandela have has phenomenal teachers, as did our daughters,” said Ann. “The girls are expected to behave well and give their best efforts academically, but they are also nurtured and supported,” she said. “It’s not just the academics, it’s the total package.”