Our Common Bond
The Campaign for University School of Milwaukee
414.540.3339
"The Future of USM is now in our hands" 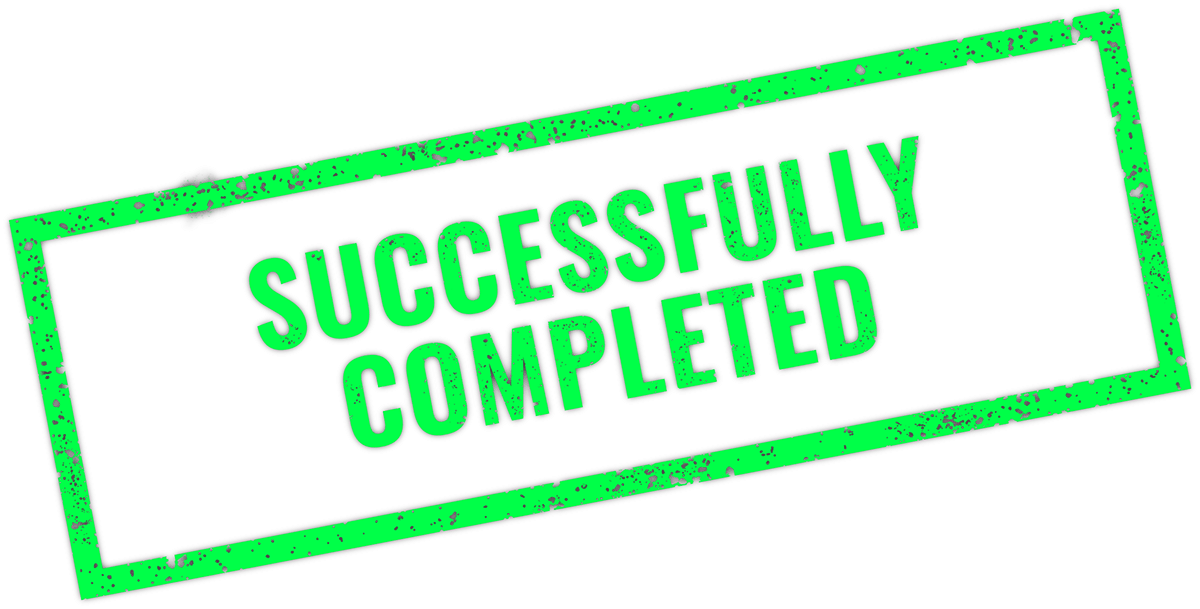 TOGETHER WE HAVE RAISED A TOTAL OF
114
TOWARD OUR $27,000,000 CAMPAIGN GOAL. THANK YOU.
USM Fund
114%
Goal: $6 Million (Over 5 Years)
The USM Fund is our school's annual giving program, and is our number one giving priority. Dollars raised through the USM Fund are a vital part of our annual operating budget, and support virtually every area of school life. USM Fund donors may direct their gifts to the school’s greatest need, or to one of the following areas: athletics, faculty and staff, financial aid, fine arts, or technology.
LEARN MORE
Endowment
Goal: $6 Million
Endowment gifts are especially valuable because they are invested for the long term, creating a permanent source of funding for ongoing priorities, such as scholarships and financial aid, faculty and staff salaries and support, programmatic enhancements, facilities maintenance, and all aspects of school operation. This helps to ensure that University School is able to provide a world-class education for generations to come.
LEARN MORE
Capital
104%
Goal: $15 Million
Support for new spaces including the Jack Olson '67 Commons; Palermo Hall; Abert-Tooman Center for the Arts; Hauske Family Lobby; performing arts center spaces including the Stratton Family Orchestra Room, Sardas-Trevorrow Band Room, and Werner Family Art Gallery; Lubar Center for Innovation and Exploration; Bruce '81 and Jennifer Lee Community Room; Darrow Family Welcome Center; and Athletic Hall of Fame wall, in honor of Chip Uihlein MCDS'63.
LEARN MORE

We have continued this history and tradition with confidence and pride with the Our Common Bond campaign, which raised funding that enhanced critical areas of school life and provided us with the ability to “think big” across our curriculum. 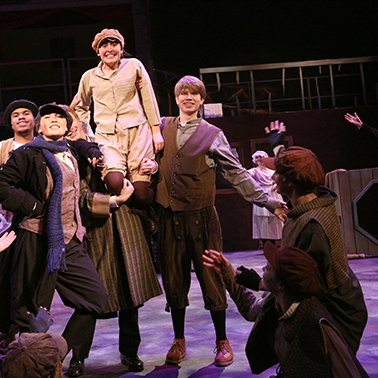 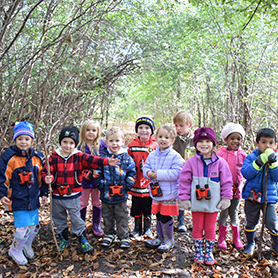 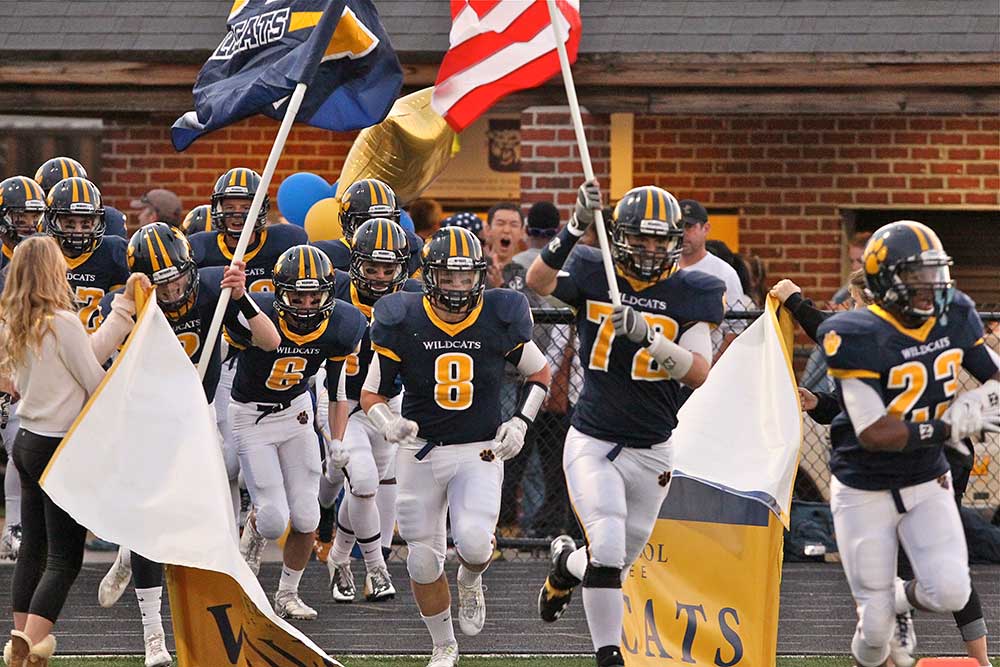 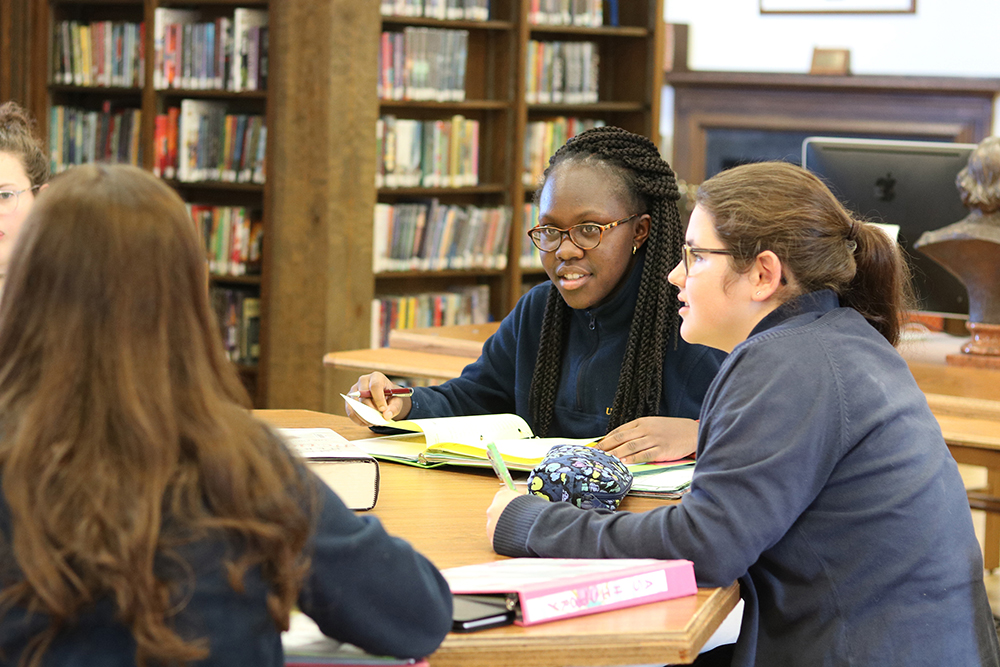 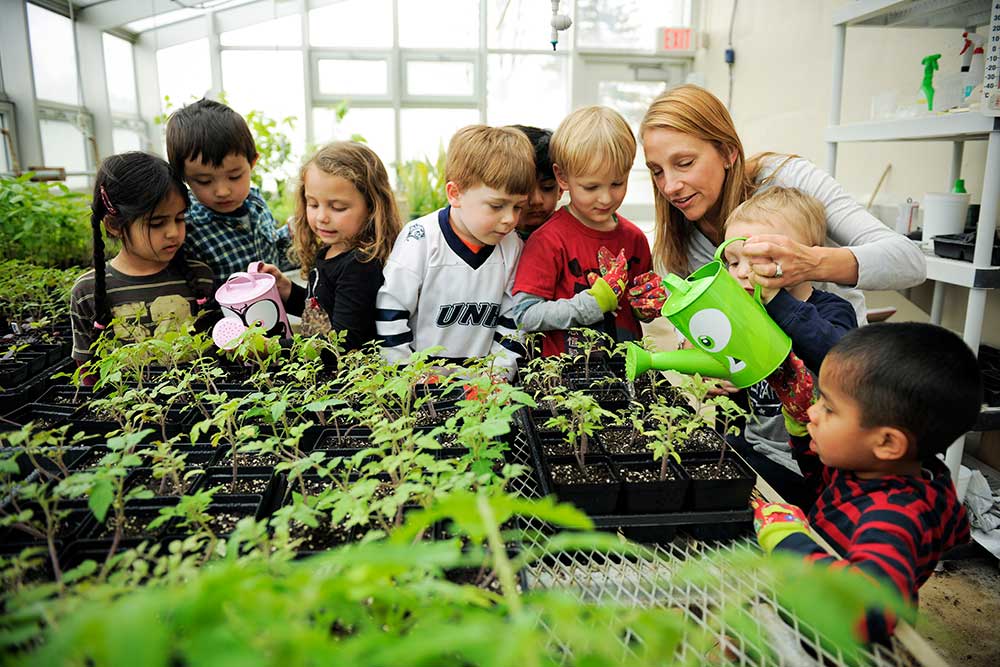 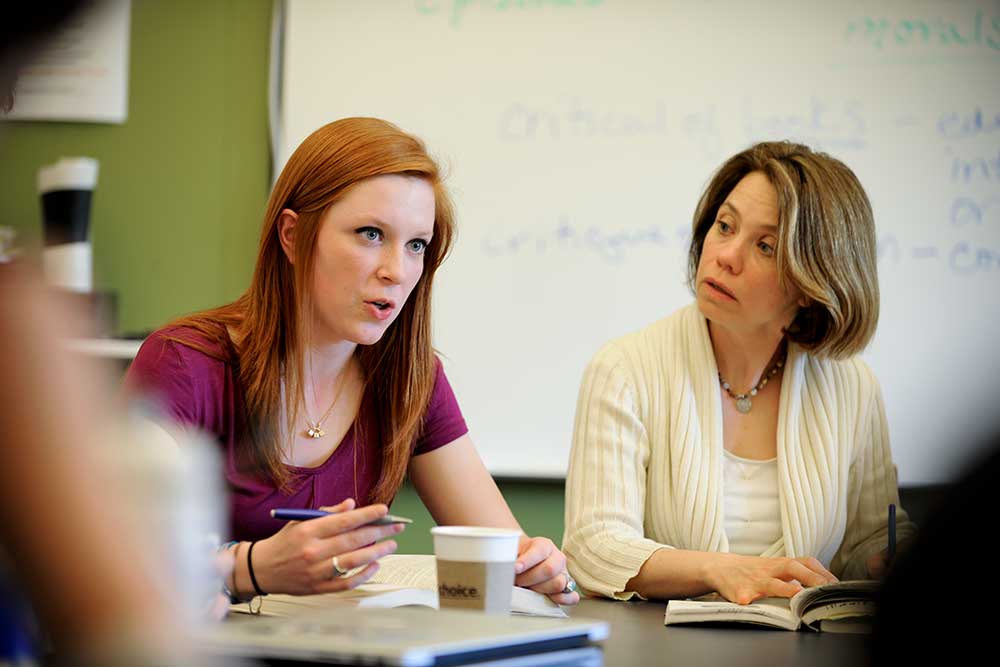 Endowment gifts create a permanent source of funding for faculty development, financial aid, campus maintenance, and more, ensuring that USM is able to provide a world-class education for generations to come. 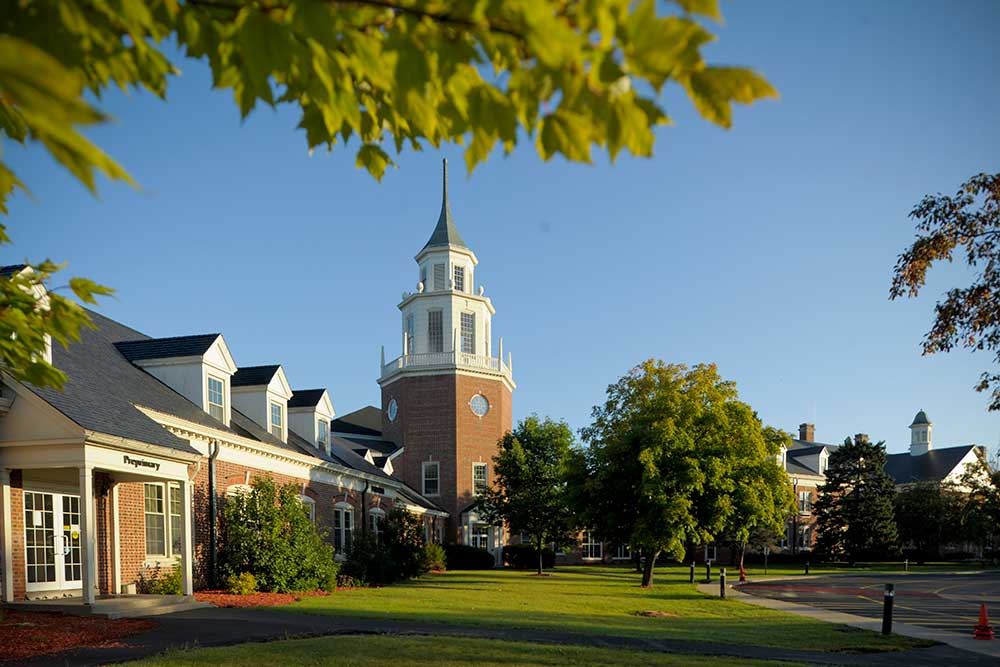 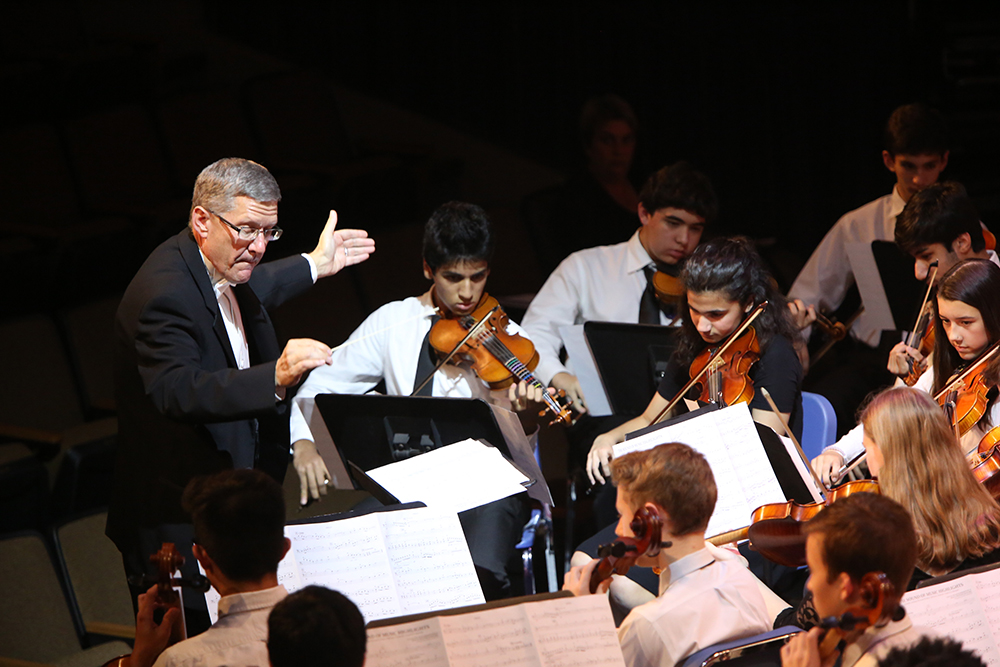 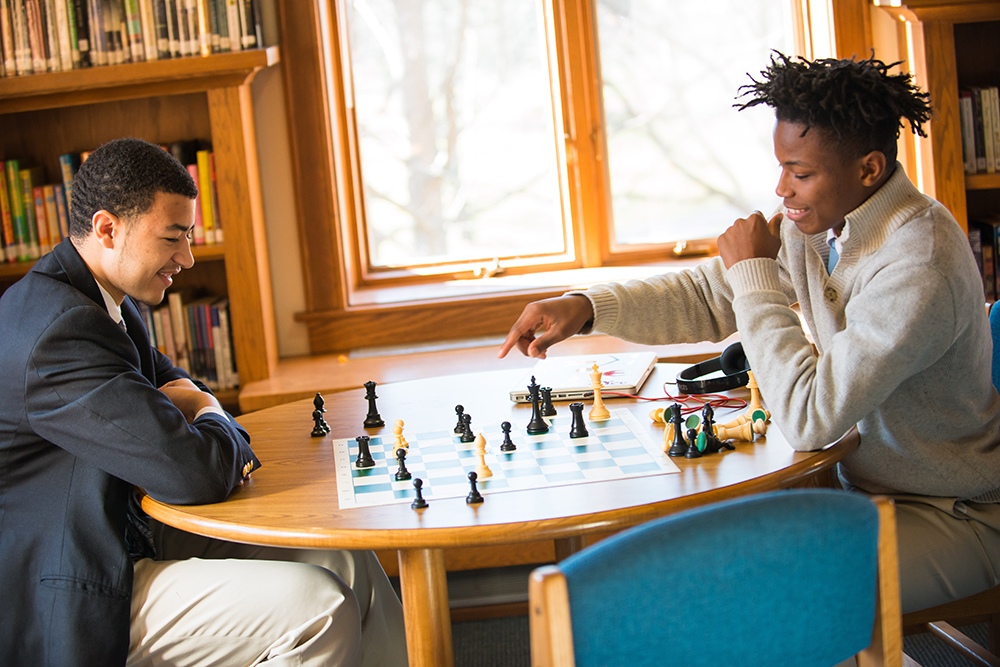 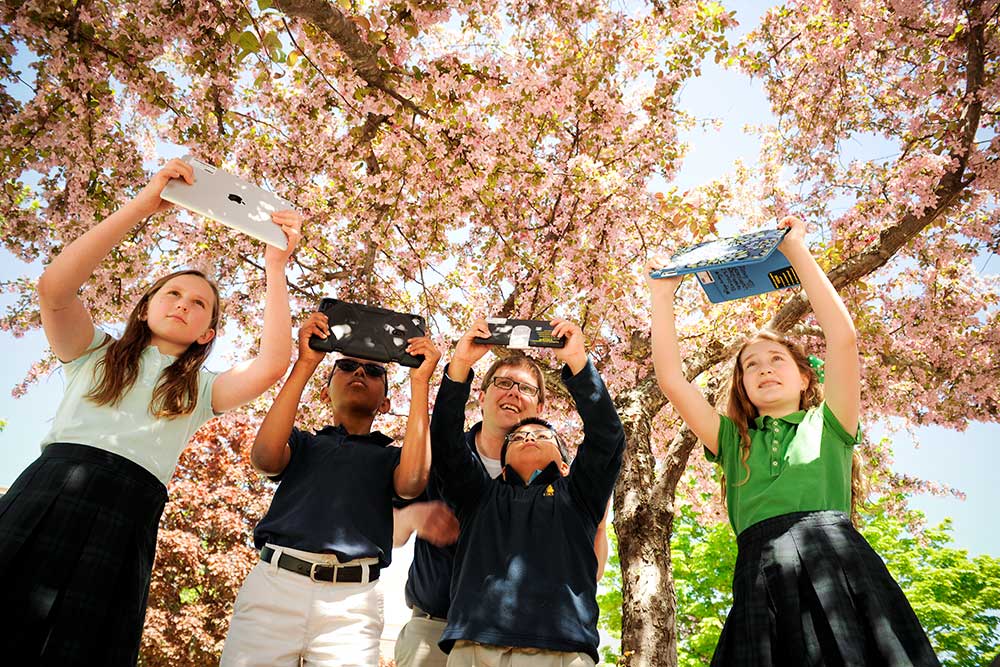 Capital projects from the Our Common Bond campaign yielded significant academic returns and long-lasting value to the School, while extending the spirit of community so central to our mission. USM’s facilities continue to set the school apart from peers on a local and national level. 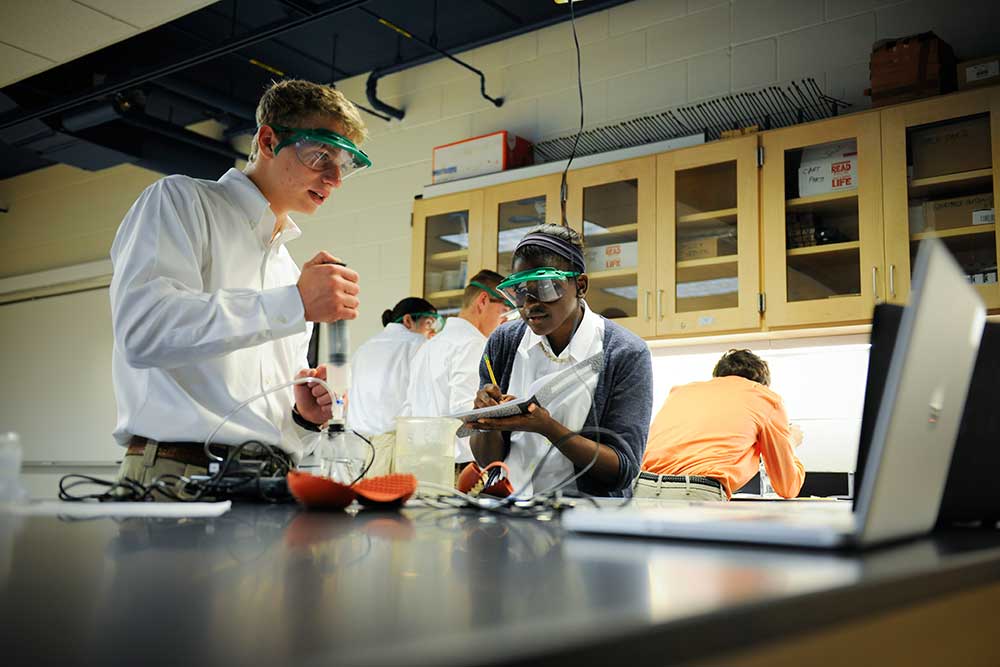 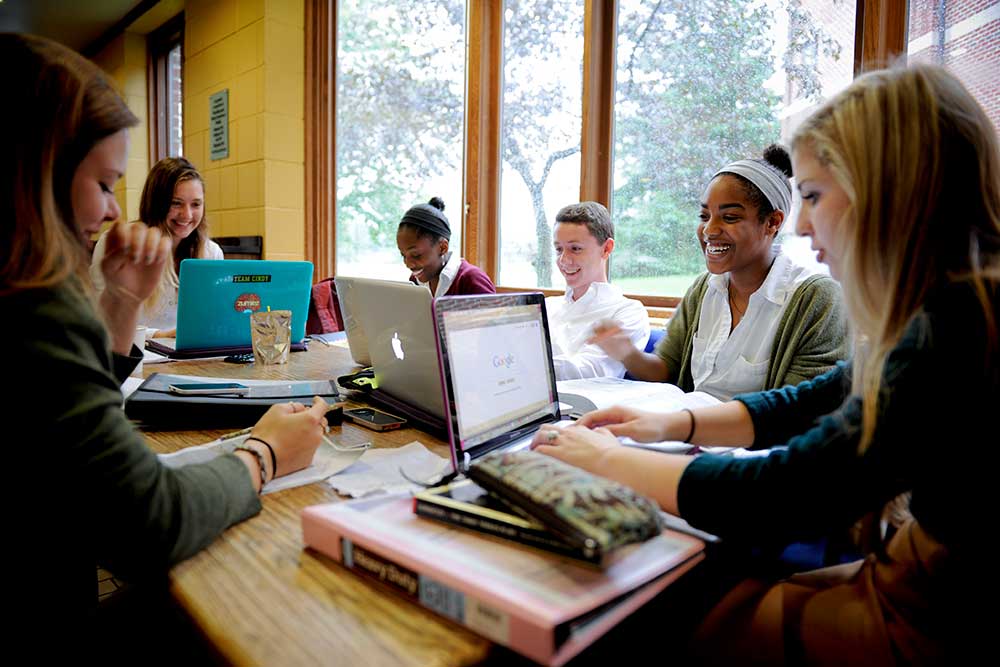 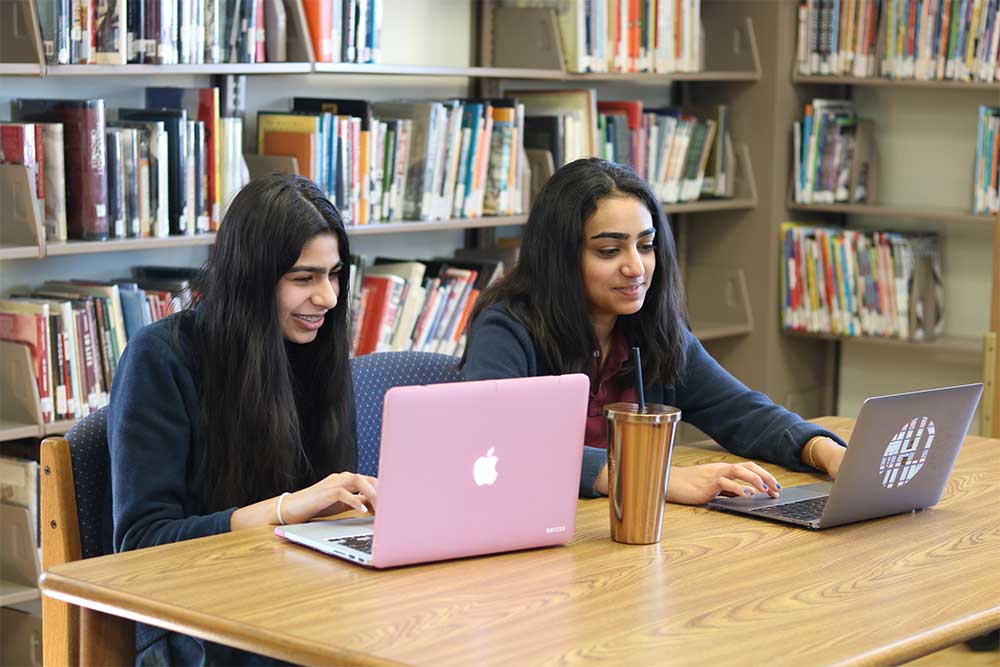 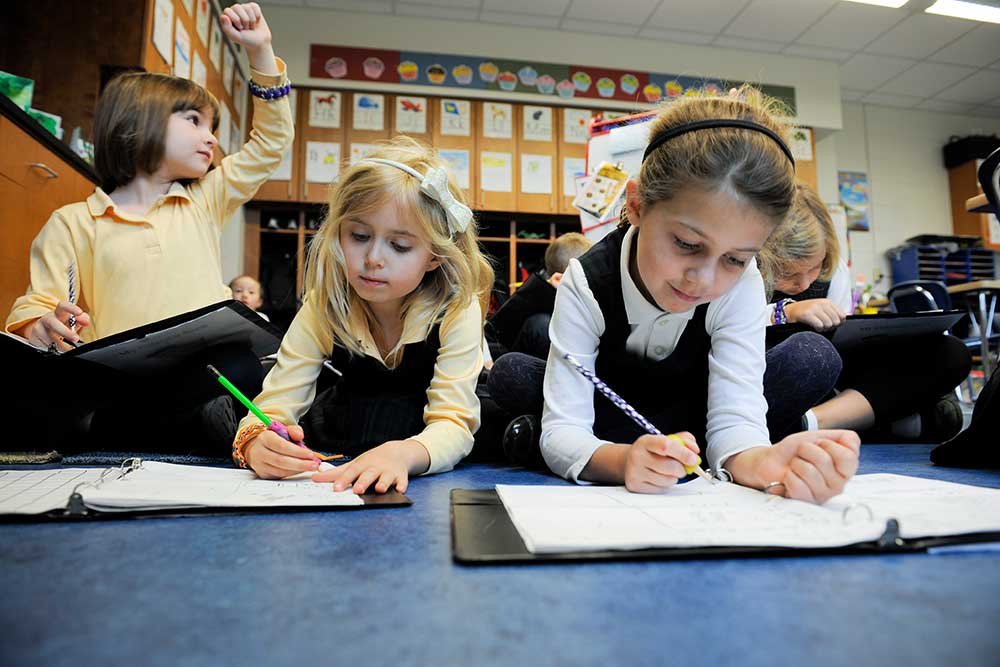 The new 2013-2020 Strategic Plan is approved by the Board of Trustees and introduced to the USM community.

Engagement interviews begin with key stakeholders in the USM community.

USM kicks off the "50 Years of USM" celebration to honor the merger of its three predecessor schools (Milwaukee Country Day School, Milwaukee Downer Seminary, and Milwaukee University School) in 1964.

The Board of Trustees provides a challenge match for the annual giving program in honor of the "50 Years of USM" celebration.

A USM "Think Tank" consisting of alumni, faculty, and administrators, is established to engage in discussions about innovation and entrepreneurship.

The Board of Trustees and administrators engage in discussions about the need for a campus community welcome space for parents and visitors to the School.

Administrators begin discussions with faculty about the need for additional space in the Upper School dining room and Virginia Henes Young Theatre, as well as other fine arts needs for the School based on the feasibility study feedback.

Following conversations that have occurred throughout the spring, the Board of Trustees votes to move forward with a capital campaign.

Head of School Laura Fuller and the Board of Trustees establish a Campaign Cabinet, consisting of Trustees and other members of the USM community, and appoint Trustees Rick Stratton '92 and Karin Werner as campaign co-chairs.

The Board of Trustees approves the creation of a comprehensive capital campaign, to be named "Our Common Bond" to reflect the strength of the USM community; the campaign includes capital, endowment, and annual fund giving, and the Board sets a preliminary working goal of $27 million.

The Advance Gifts Division of Our Common Bond begins in earnest, with the School receiving commitments from Trustees and their families.

The Our Common Bond case for support, to be used in conversations with prospective donors, is published.

Informed by conversations by the innovation and entrepreneurship "Think Tank" that was established in November 2014, administrators and faculty begin discussions about the need for a larger and more integrated makerspace in the Upper School.

Our Common Bond receives an advance gift from Bruce '81 and Jennifer Lee for the Lee Community Room.

Our Common Bond reaches 100% support from the Board of Trustees.

Our Common Bond receives an advance gift from the extended Uihlein family in support of the naming of the Jack Olson '67 Commons.

Our Common Bond receives an advance gift from a USM family in support of the naming of the Commons lobby.

The Leadership Gifts Division of Our Common Bond commences cultivation activities with a broader segment of the USM community.

Our Common Bond receives a leadership gift from Alex Palermo '86 in support of the naming of the Upper School servery.

The Board of Trustees votes to approve the groundbreaking on the commons, innovation center, and the performing arts center addition, as well as renovations to the theatre.

Our Common Bond receives an advance gift from the Lubar Family in support of the naming of the Lubar Center for Innovation and Exploration.

Our Common Bond achieves the milestone of having raised 51% of the $27 million comprehensive campaign working goal.

Construction on the capital projects begins, with great progress occurring during the summer months.

USM dedicates the Lubar Center for Innovation and Exploration following the Opening Ceremony for the first day of the 2017-18 school year.

Our Common Bond achieves the milestone of having raised 60% of the $27 million comprehensive campaign working goal.

The Class of 2018 celebrates the placement of the community-signed Our Common Bond beam in the frame of the Jack Olson '67 Commons, a significant feature to the structure of the new facility. All members of the USM community, including PK–12th-grade students along with faculty, staff, parents, and alumni, were invited to sign the Beam in November 2017.

Our Common Bond achieves the milestone of raising 70% of the $27 million comprehensive campaign working goal. Planning is underway for the Community Stage of Our Common Bond, to commence in the spring.

More than 420 members of the USM community come together at the ICE Ball on April 14, resulting in a very enjoyable evening and $1.4 million in Our Common Bond commitments to enhance the innovation, creativity, and excellence of the USM educational experience, achieving 82 percent of the campaign's $27 million working goal.

Our Common Bond surpasses the 80 percent milestone of the comprehensive campaign goal. Completed portions of the performing arts center, including the renovated Virginia Henes Young Theatre, the Werner Family Art Gallery, and the Hammes Family Theatre Lobby, are enjoyed during Arts Live, the Middle School musical "Oklahoma," and the 2018 commencement and related events.

Alumnus Dick Kramlich MCDS'53 and his wife, Pam, contribute $1 million to the Our Common Bond campaign, to be recognized with the Kramlich Innovation Distinction for students who meet the program's criteria.

Surpassed the Capital goal of $15 million.

The entire school community was invited to participate in the Our Common Bond dedication ceremony on Monday, Aug. 27, the night prior to the start of the 2018-19 school year. Dedicated spaces included the Jack Olson '67 Commons, Palermo Hall, the performing arts center, and related spaces.

During the first few months following the dedication, the new Our Common Bond spaces provided numerous enhancements to the school day for the students and faculty, and were enjoyed during a variety of parent, alumni, and school community events.

Our Common Bond receives the final distribution from the Estate of Barbara Abert-Tooman MDS'58, and the school recognizes Tooman's wonderful bequest gift—the largest campaign gift from an individual—with the naming of the Abert Tooman Center for the Arts.

Our Common Bond achieves the milestone of raising 90 percent of the $27 million comprehensive campaign working goal, with ongoing focus on growing the USM endowment and the USM Fund.

USM's Heritage Society announces ten new members, resulting from these USM parents and alumni informing the school of their thoughtful and most meaningful remembrances of USM by making a planned gift.

The 2018-19 USM Fund exceeds the annual goal of $1.2 million, with all of these gifts from USM parents, alumni, parents of alumni, grandparents, current/former faculty and staff, and friends helping to advance the success of Our Common Bond.

Our Common Bond campaign achieves 109% of the $27 million working goal.

Our Common Bond celebrates the milestone of welcoming the 200th investor in the campaign, with half of these families being new campaign donors.

The 2019-20 USM Fund exceeds the annual goal of $1.25 million, with all of these gifts from USM parents, alumni, parents of alumni, grandparents, current/former faculty and staff, and friends of the school helping to advance the success of Our Common Bond.

Collectively, all gifts to the USM Fund during the five years of the campaign totaled more than $6.8 million—the single largest contribution to Our Common Bond.

Also, on June 30, 2020, Laura Fuller retires from her nine-year tenure at USM's 8th Head of School